Mexico and its food wonders since pre-Hispanic times. One of them is undoubtedly the seed of Amaranto, which is considered a food with high nutritional quality and as one of the most widespread crops for more than four thousand years in Mexican lands . It has had had great relevance in the religion as it was traditionally presented as an offering in pre-Hispanic cultures.

The Mexicas created, with the use of amaranth grains a flour that served as food for long journeys. They also used this flour making figures of their gods as they associated the amaranth with the divine.

To obtain its best production, the cultivation of amaranth needs to meet a certain criteria in the soil such as humidity and temperatura. It is mostly cultivated in the states of Morelos, Guerrero, Tlaxcala, Michoacán, Oaxaca and Puebla which is considered as the number one state for its high production. 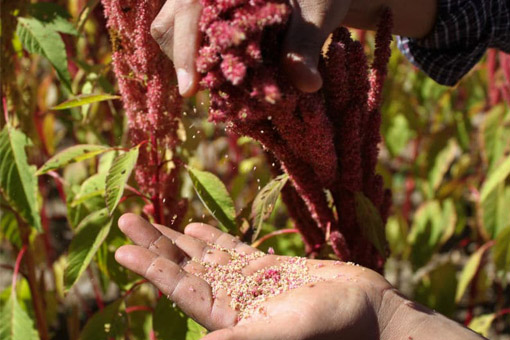 The United States is recognized as amaranth’s primary external sales destination accounting for 60% of its purchase of the total volume exported. Its international interest has favored attention to its cultivation by promoting its improvement in its production, increasing scientific research on the benefits, its nutritional contribution and its powerful commercialization in the world.

Amaranth has high amounts of protein and is rich in Lysine which is an essential amino acid in human nutrition that is scarce in the most common cereals. Amaranto is considered as a dietary supplement in growth stages in children, women during their pregnancy/lactation and also a great supplement for the senior adults as it is a pase when muscle mass is lost. 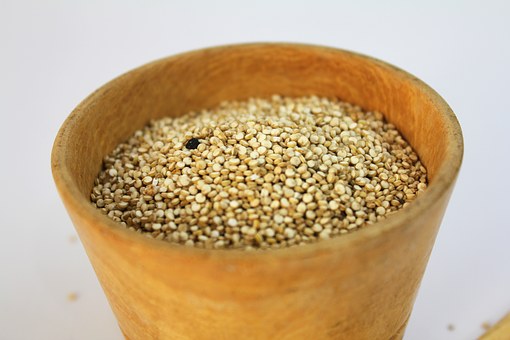 Amaranto seed provides significant amounts of dietary fiber as well as vitamins E & B. It is also an important source of Niacin, an amino acid that funcitons for the production of sex hormones, bone growth and metabolism. Lysine instead funcitons for the production of antibodies, hormones and enzymes. Phosphorus benefits us in the formation of our bones and kidney function. Magnesium for blood sugar control and as a smooth muscle relaxant.

Starch is one of the main components in amaranth seed as it has a percentage of 50% to 60% of its dry weight.

It handles nutritional percentages of Protein between 13% and 18%.  Lipids go from 6.3% to 8.1% and its contribution of Fiber is 2.2% to 5.8%. Ass mentioned above, amaranth contains a significant content of essential amino acids (they are those that must be ingested through the diet since they can't be synthesized). 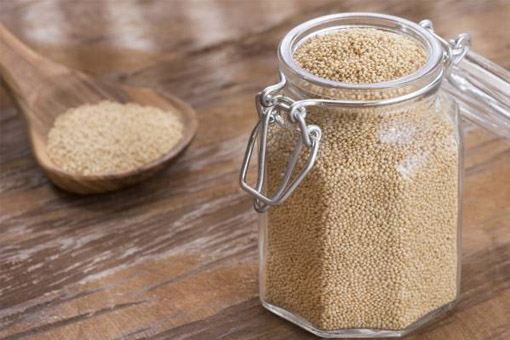 Amaranth leaves are also considered for food intake. They can provide about twice as much more of the nutrients than other vegetables would. Some of the different species of amaranth plants contain anti-nutritional elements so some steps should be considered before being consumed. For example; leaves should be consumed tender, boiled and drained before consumption. 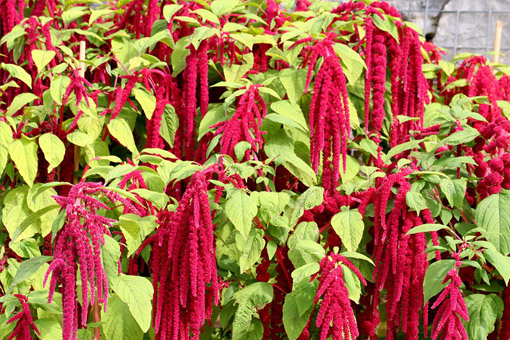 Amaranth in Mexico is very accesible as you can find it in a variety of products from oils, pancakes, cereal for breakfast, bolillos, crepes, soups, toast, tortillas, frying, cookies, empanadas, pastas, snacks, drinks, confectionery and more.

Last but not least: Our ancestors created a treat called "Joys" that to this date are mostly manufactured and marketed internationally, and are native to the central región of Mexico. The treat consists of amaranth bars with honey or some sweet complement, although their original Joy is mixed with Maguey honey. In some states they also add varieties of nuts or some other seeds as complementary.

Don't miss out on trying out a delicious amaranth treat and enjoy its nutrients! 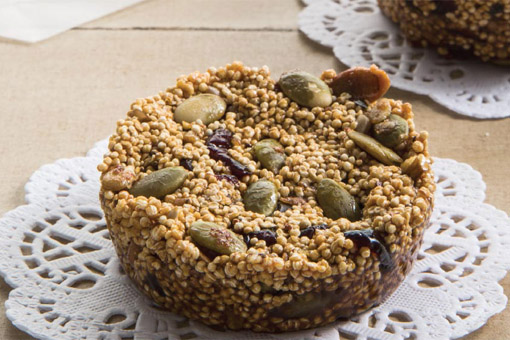